Perfect to kick off your dinner party, great in a mug for a light lunch at the weekend, and it even travels well for a working lunch - this soup does it all.

Nutrition analysis of recipes featured on the Tenderstem® broccoli website is calculated by a registered dietitian using McCance and Widdowson's The Composition of Foods, Seventh Edition, but may vary slightly depending on the specific ingredients used. Analyses do not include optional ingredients or suggested accompaniments unless specific amounts are given. If there is a range in the amount of an ingredient, the smaller amount is used. When a recipe lists a choice of ingredients, the first is used.

A simple, tasty lunch comes in the form of this feta, thyme and honey dip accompanied with the deliciously dippable Tenderstem®broccoli. 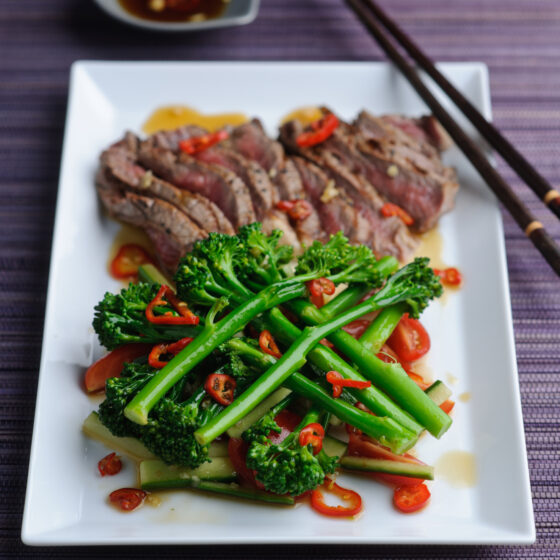 A brilliant, fresh and fiery salad. If you’re afraid of heat, stay away. Or use less chilli. That would also work. 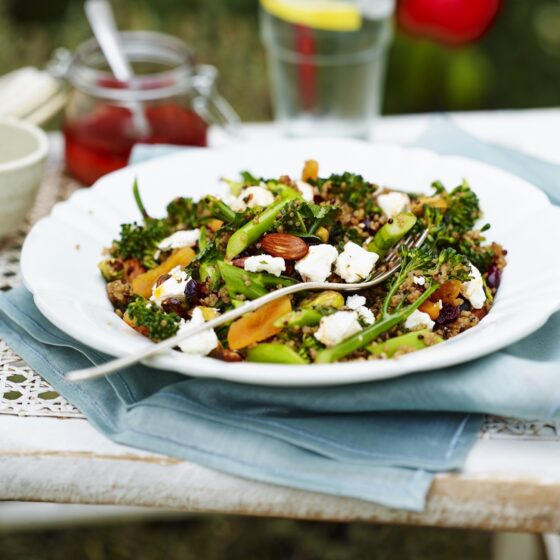 This salad is super simple to throw together for a filling and nourishing lunch. Tenderstem® broccoli is delicious raw – so save time on steaming…